Who had an amazing dinner tonight? I know I did, rice with chicken and salad. Honestly before writing this blog I thought of so many past evenings that were filled with wonderful lunches and dinners, and it really made me think, how long will this last? It is quite scary to think about a world without food. Sadly, this is a reality for so many people around the world that go to bed hungry. So, the question is, will we eventually run out of food?

There has been a significant growth in population over the recent years, and that is one of the reasons of increasing food demand. It is said that the growth in food demand and need is the result of the combined effects of world population growth to over 9 billion by 2050, rising incomes and dietary changes towards higher meat intake[1]. Production of meat uses energy, water and cereal. Today, nearly half of the cereals is being used as animal feed. 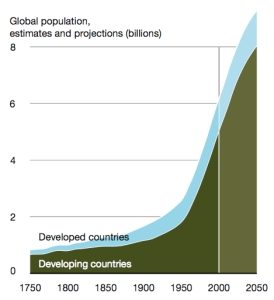 Every day 200000 people are being added to the food demand, and population is expected to rise to 9 billion people by 2050! Each of these new people will need food, housing and natural resources. It isn’t just the population increase, climate change will have very different impacts on different continents. Even though the south central and southwestern US are likely to face extreme drought in the coming decades, inhabitants and businesses should be able to adapt.  It will be a starkly different situation in Southern Africa, India and Southeast Asia, Mexico, northeast Brazil, southern Africa and West Africa, where climate change will be coupled with a general lack of coping mechanisms[2] which may potentially cause serious issues including increased food prices and in some area, military conflict.

Playing the TBL game, we realize that as the population grows so would the demand for food. To increase food we need to have more farms and for that we need more land. An increase in all these aspects would also increase the demand for energy. When the population is high, the food will be low or cost more.  This game is a good over view about how the real world works; it shows you the issues and problems we need to work on. Having enough food to provide to the population is a big issue because at the rate we are going, we will not have enough to sustain our population. 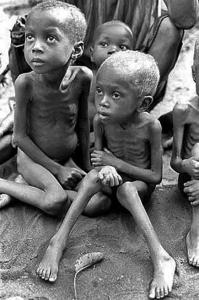 Reality is that food shortage won’t be a new problem in many places around the world. Mass migrations driven by food supply have been an important part of human evolution and a tragic part of the history of many nations, especially those in Africa[3].The following video shows the heartbreaking history of food shortage.

According to CGIAR (Global Agricultural Research Partnership), research is the engine that drives innovation and innovation is what helps deliver solutions for food security challenges[4].  By 2050 we will have 9 billion people in our world and agricultural research is the only way to solve our food crisis.

The guardian says there are a couple of ways to help solve the world food crisis: 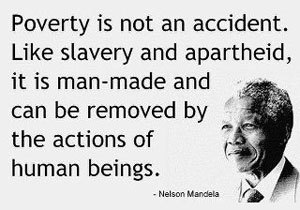